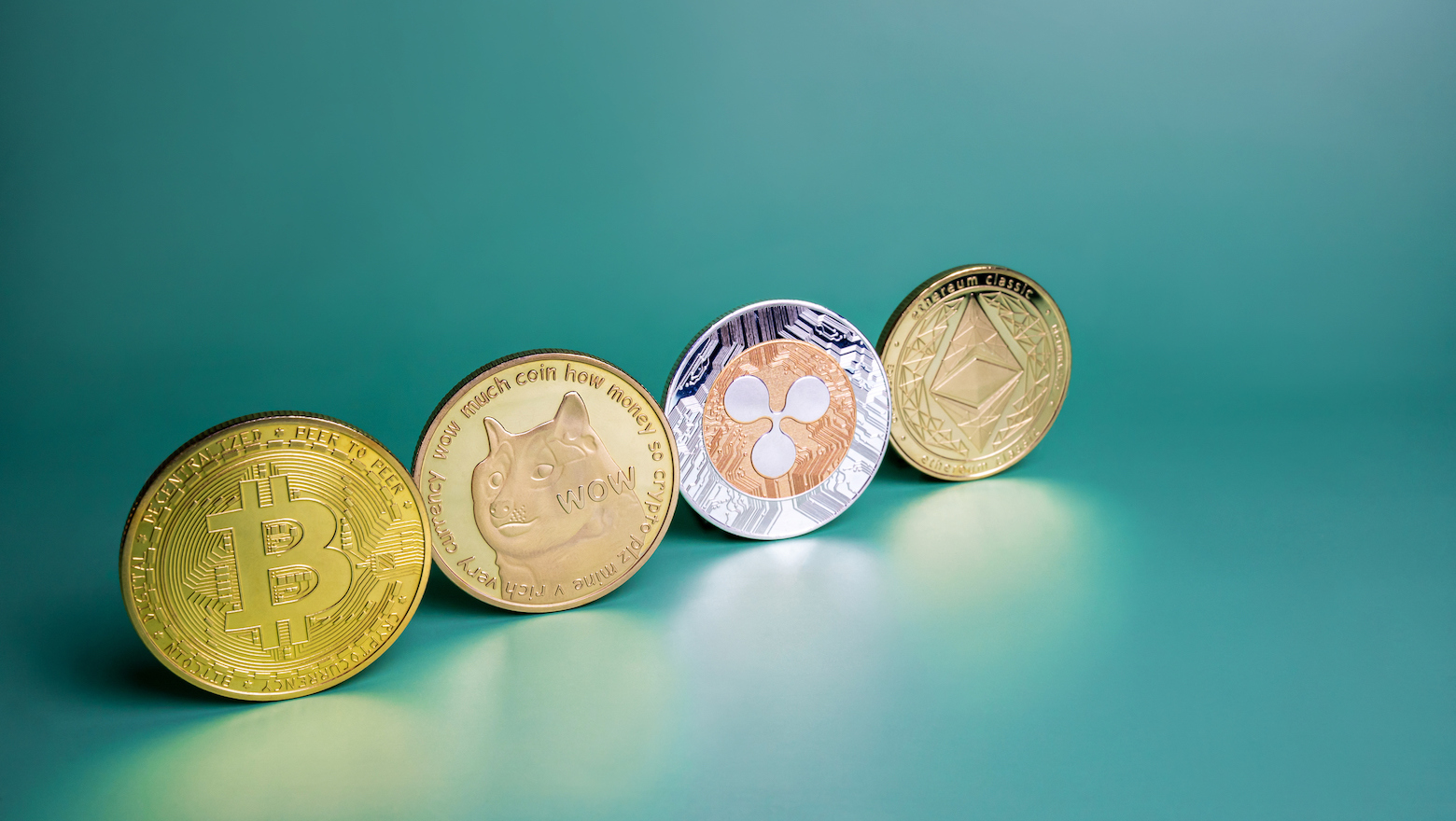 Cryptocurrencies have changed the world of finance, and several virtual currencies have emerged as leaders in their respective fields. If you’re looking to invest in digital currency but are unsure of which ones are a good fit for your portfolio, this article will help you navigate the world of crypto and choose the right coins for your needs. As more and more companies start accepting digital currency payments, there’s never been a better time to invest in digital currencies. You may be wondering, however, which cryptocurrencies are worth researching and which ones should be left on the sidelines. Read on to learn about different types of cryptocurrencies, industry trends, use cases, risks, and other factors you should consider before investing in any one of them.

Cryptocurrencies are digital currencies designed to work as a medium of exchange that uses cryptography to secure transactions and manage the creation of additional units of the currency. The use of cryptography makes cryptocurrency transactions secure and private. A cryptocurrency is a virtual asset designed to function as a medium of exchange that uses encryption to manage the transfer of funds and confirm the transfer of ownership without the need for a trusted third party. Cryptocurrencies can be created by anyone through “mining,” which involves using a computer to solve complex problems and is rewarded with a share of the cryptocurrency created by the network. Once created, a cryptocurrency can be traded online with other people or used as an investment. It’s important to note, though, that cryptocurrencies are not regulated or controlled by any government or central financial institution.

– Public vs. Private Blockchains: Public blockchains are those that anyone can view and add new transactions to the chain. Anyone can view the public blockchain but not make any changes to it. Private blockchains are those that are only accessible by authorized participants and are not recorded on a public blockchain. – Number of Cryptocurrencies: There are hundreds of cryptocurrencies available today, but each one is unique in its way. Some cryptocurrencies focus more on being a payment system while others are more focused on being an investment tool. – Coins vs. Tokens: A cryptocurrency can either be a coin or it can be a token. A coin is a cryptocurrency that is built on an existing blockchain and uses the same rules as the blockchain to govern creation, transfer, and issuance. A token, though, is a completely new form of asset that is created by the blockchain and has no backing from existing assets such as a blockchain or company. – Blockchain Technology: The main difference between public and private blockchains is that public blockchains are open to anyone to view and are used to transfer any type of data. Private blockchains are used to transfer data between authorized participants, and the data is always encrypted. – Mining: Mining is the process of using computer power to help secure and verify transactions in a blockchain. It’s important to note that miners are rewarded with a certain amount of tokens for solving complex mathematical problems that are part of the blockchain. – Ecosystem: The ecosystem is the network of people, businesses, and other organizations that support a cryptocurrency. An ecosystem is made up of miners, developers, exchanges, wallet providers, and other service providers. – Confidence vs. Skepticism: When investing in a cryptocurrency, you need to have confidence in it and its future. The market is largely unregulated and volatile, which leads to a lot of skepticism around certain cryptocurrencies. However, some cryptocurrencies have shown consistency and have the potential to grow in value. The best way to determine which cryptocurrencies have the best chance of success is by researching the market and participating in the ecosystem.

– Bitcoin: Bitcoin is the first decentralized cryptocurrency that was created in 2009. Today, it’s the most popular and well-known cryptocurrency, with a market capitalization of over $100 billion. Bitcoin was created as a currency without government regulation and has been widely used for illegal transactions. Recently, though, the popularity of the Bitcoin transaction system has led to the creation of many other cryptocurrencies that rely on the Bitcoin blockchain. – Ethereum: Ethereum is another popular cryptocurrency that was created in 2015. It’s similar to Bitcoin in that it doesn’t rely on a government or central organization to oversee its operations. However, Ethereum has built an ecosystem consisting of smart contracts, decentralized apps, and other services that are supported by its blockchain. – Ripple: One of the biggest problems with global payments is that they take a long time to process and are expensive. Ripple is designed to solve this problem by creating a digital currency that can be transferred quickly between different financial institutions. This has made it one of the most popular cryptocurrencies among banks. – Litecoin: While Bitcoin is viewed as a commodity, Litecoin was created as an open-source cryptocurrency without any underlying asset. Like Bitcoin, Litecoin also doesn’t rely on a government or central organization to oversee its operations. – IOTA: IOTA is a cryptocurrency that doesn’t use any blockchain technology to record transactions. Instead, it uses a new technology called a “tangle” to record transactions. This technology is still in its infancy, so it’s not widely used yet. – Cardano: This is another new cryptocurrency that’s focused on solving the scaling issue that’s holding back the Ethereum blockchain. Cardano uses a “ delegated proof of stake ” algorithm to validate transactions. – NEO: NEO is one of the newest cryptocurrencies to enter the market and is similar to Ethereum in that it uses blockchain technology to create a digital currency. However, NEO uses a new algorithm called a “system architecture” to verify transactions.

An ICO is a type of crowdfunding where a company issues its digital currency or tokens in exchange for Bitcoin and Ethereum. These tokens are sold to investors with the promise that future value and dividends will increase as the project grows and evolves. Users purchase these tokens during an ICO, hoping to make a profit if the project takes off and is successful. The Securities and Exchange Commission recently warned people to be wary of investment scams related to ICOs. These scams include tokens that are worth zero, tokens that are backed by companies that don’t exist, and tokens that are issued by project teams that are just in disguise. Though ICOs have received a lot of attention, they’re still a new and developing market. Therefore, it’s important to research any project you’re considering investing in. You can find information about a project’s ICO and token sale on the project’s website or blockchain explorer. You can also follow these cryptocurrency news sites for the latest updates.

Risks of investing in Cryptocurrencies

– Security: When investing in cryptocurrencies, you’re essentially trusting the virtual network to store your money and run the network correctly. If someone hacks the network, then the money could be stolen or lost. – Highly Volatile: Cryptocurrencies are highly volatile, which means that their price can change quickly. This makes them risky to invest in because the price could go down as well as up. – No Protection: If your investment goes down the drain, there’s no guarantee that you’ll get your money back. This is why it’s important to invest only what you’re willing to lose. – No FDIC Insurance: Banks offer FDIC insurance, which protects people’s money in the event of a bank failure. There’s no protection like this for people investing in cryptocurrencies. – No Regulations: There are no regulations on how people should invest in cryptocurrencies. This means that there’s no guarantee that you’ll be able to take your money out of the market in the case that it crashes. – Lack of Transparency: Cryptocurrency networks are decentralized, which means that there’s no single entity that can be held responsible for mismanagement. With conventional financial markets, this means that there’s a single entity that can be held responsible for mismanagement.

Final Words: Is it Time to Invest in Cryptocurrency?

The cryptocurrency market is still in its infancy and is often referred to as the Wild West. It’s important to do your research before investing any money in cryptocurrencies, and it’s also important to approach any investment with the proper amount of risk. This can be achieved by researching different cryptocurrencies and their market capitalizations and researching the market trends to make informed decisions.